One of the most stressful parts of getting divorced (or engaging in custody litigation) is figuring out how a judge will grant custody and parenting time. While there is no easy way to predict how each judge will rule, there are six key factors for judges to consider in making their determination. We will discuss those factors below, but first it is important to understand the legal definition of the terms "custody" and "parenting time."

What is Custody in Oregon?

The Oregon Supreme Court defines custody as “the legal relationship between a minor child and the legal custodian, i.e., the person to whom the court has given the primary rights and responsibilities to supervise, care for, and educate the child; usually, that is the person with whom the child lives most of the time.” The person who has custody of a child typically has sole decision-making authority over the minor child’s medical care, education, and religious training.

Custody in Oregon can be either joint custody, where two parents share decision-making (and must be able to come to an agreement about) a child's major life activities, and sole custody, where one parent has the sole right and responsibility to make these decisions.

When a parent or parents have custody over a child, they must make the following types of decisions for the child:

The legal term "custody" only applies to minor children.  A court cannot award custody over a person who is 18 years old or older and is therefore legally an adult. If a parent or other person needs to gain legal authority to make decisions or handle the affairs of an adult child, it is probably more appropriate to seek a guardianship or conservatorship. 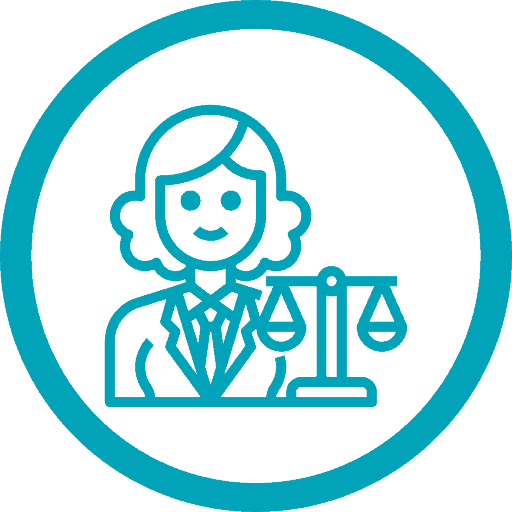 Parenting issues can be stressful for you and your children. The Commons Law Center's attorneys can help you:

Ask to talk with an attorney

What is Joint Custody in Oregon?

Joint Custody is defined by Oregon Statute as "an arrangement by which parents share rights and responsibilities for major decisions concerning the child, including, but not limited to, the child’s residence, education, health care and religious training. A judicial order providing for joint custody may specify one home as the primary residence of the child and designate one parent to have sole power to make decisions about specific matters while both parents retain equal rights and responsibilities for other decisions."

When parents have joint custody over a minor child, they will need to communicate with each other and share responsibility for major life decisions about the child. In Oregon, a judge can only award joint custody when both parents agree that they want to have joint custody. If either parent objects to joint custody, then the Court will be forced to award sole custody to one parent (see ORS 107.169(3)).

What is Sole Custody in Oregon?

When parents cannot agree on important life decisions for a minor child, or when one parent has not been involved in the raising of a child, it is usually a sign that the judge will need to grant one parent sole legal custody over the child. The parent with sole custody has the right and responsibility to make major life decisions concerning the child.

Even when one parent has sole legal custody, however, the other parent typically has a right to be informed about these areas of the child's life. A non-custodial parent typically retains a right to consult with the child’s medical providers, receive medical or school records, or make emergency medical decisions for the child when the child is in that parent's care. Ideally, when one parent has sole custody over a minor child, the parenting plan will outline the rights and responsibilities of the non-custodial parent.

What is Parenting Time in Oregon?

Parenting time means court-ordered contact or residential time between a child and a legal parent. It is public policy in Oregon for judges to grant parenting time in a way that serves the best interests of the child.

On top of that, Oregon law encourages "frequent and continuing contact with parents who have shown the ability to act in the best interests of the child,” and encourages parents to "share in the rights and responsibilities of raising their children" after a separation or dissolution of marriage, or when the parents have never been married.

While parenting time often includes in-person contact with a parent (including overnight stays), it can also include other time with the child, including telephone or video calls, text messaging or emails, transportation for the child, or other contact that would be typical of a parent-child relationship.

In the past, it was common for the Courts to use the term "visitation" interchangeably with the term "parenting time." Today they mean different things. Parenting time is specifically time spent with a parent. "Visitation" refers to court-ordered contact a child has with someone who is not a parent, typically grandparents or other relatives.

How Do Oregon Courts Determine Custody and Parenting Time?

Judges also may not consider arguments that one parent would subjectively give the child "a better life" based on that parent's marital status, income, social environment, or lifestyle. Nor may judges consider whether one parent has a disability (as defined by the Americans with Disabilities Act) unless there is clear evidence that the disability will create a danger to the child.

Although the judge can consider other factors, these six “best interest” factors are the ones that a judge is required to consider. If the case ends up at trial, or an informal domestic relations trial (IDRT), parents should plan to present evidence and give testimony about each of these factors:

Each Parent's Interest In and Attitude Towards The Child

Judges will look at evidence about the history of each parent's relationship with the child.  This factor often favors the parent who has been the most involved in the child’s daily life. Specifically, judges will look at:

This factor can weigh against a parent who is mean to the child, has a dangerous living situation, or exposes the child to domestic violence, drug abuse, alcohol abuse, or other situations that would affect the child's safety and well-being.

When one parent has clearly been a child's primary caregiver, judges will often grant custody to that parent, so long as that parent is deemed fit.

Sometimes parents share equally the responsibility of caring for the child. In those situations, this factor will not weigh in favor of either parent.

Continuing an Existing Relationship with Each Parent

Whenever possible, judges will strive to maintain existing relationships between a parent and child. Judges will consider evidence regarding each parent's current and past relationship with the child, including the length and nature of the relationship.

Judges will often pay special attention to each parent's relationship with the child during the time when the court case is active. Therefore, it can be especially important to be a good and attentive parent during this time.

The Child's Emotional Ties with other family members

The judge will look at the child's relationships with other members of each parent’s family. In general, courts want to keep and encourage a child's strong bonds with these family members, including siblings, grandparents, aunts and uncles, cousins, and other relatives.  Close friends, even if they are thought to be "like family," are not usually included when judges look at this factor.

Judges are especially reluctant to split up siblings, and will usually rule that siblings should stay together unless there are exceptional circumstances.

Relationships with other relatives are usually not as important, although judges will consider when a child has had an especially strong relationship with a grandparent, step-parent, or other relative who has been closely involved with raising the child.

Whether a parent encourages a child's relationship with their other parent

In most situations, judges want to see that each parent allows and encourages the child to have a close relationship with their other parent. Judges strongly encourage parents to be civil with each other and to be supportive and reasonable towards the other parent.

One of the most common ways for a parent to lose a custody case is when that parent has engaged in bad behavior towards the other parent. Judges have ruled against parents who engage in common bad-behaviors like:

Even where there has been past abuse, however, judges may consider whether the potentially unsafe parent has expressed remorse and changed sufficiently to have a relationship with the child.

a parent's physical or sexual abuse of the other parent

This factor applies when one parent has physically abused, physically threatened, or sexually abused the other parent. Emotional, verbal, or financial abuse is not covered under this factor (although they can be relevant to other factors).

Judges will consider evidence related to this factor as true unless someone comes forward to contest it with other evidence. Considering this evidence, the judge should not award custody of a child to a parent who has committed physical or sexual abuse. This means the abusive parent will not get custody unless they convince the court that either no abuse happened, or that the abuser got proper treatment. Evidence of abuse can be rebutted by showing that the abuser regrets the abusive conduct and has made sure no abuse will occur again by successfully participating in treatment.

If a parent has obtained a Family Abuse Prevention Act (FAPA) restraining order or Stalking Order against the other parent, that parent has already established evidence of abuse.

If you need help understanding how these factors apply to you, or if you would like to speak to an attorney about any other questions you have about custody or parenting time, attorneys at The Commons Law Center can help.

You can request an appointment with an attorney by filling out this short form or by calling 503-850-0811.

The Commons Law Center Blog is for information purposes only. It is not legal advice.